Last week I was home in Texas (ah, Texas!) to visit the fam. My sister, Kate, just got back from a 2-year teaching gig in China, and as it happens, both she and I are really into cooking at the moment. Long before I arrived on site, we had agreed that we might spend basically my entire visit cooking. And it turns out that’s what we did.

We sauteed. We pureed. We seeded. We boiled and roasted and baked. We also goofed around. There was some Whitney Houston, and some Journey. Also a cucumber-microphone. 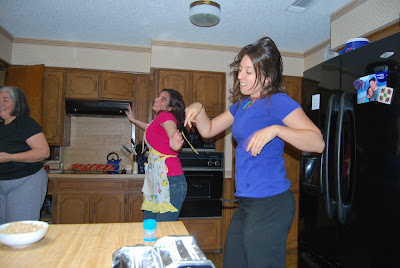 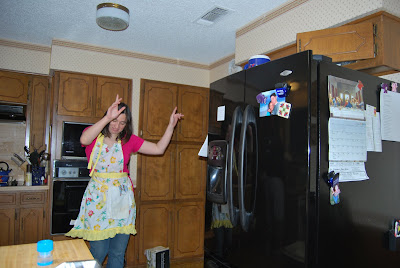 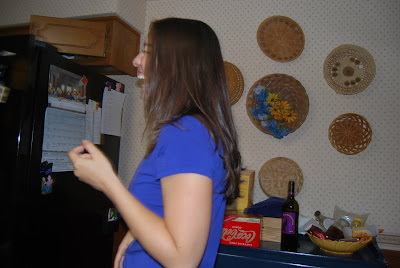 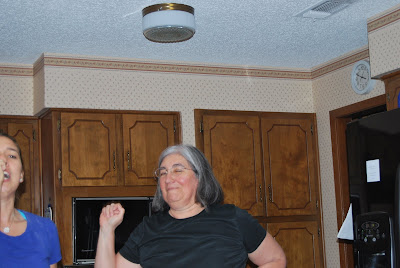 Somewhere around day 2, deep into the pasta-rolling phase, I asked her what I should call this event for my blog.

Kate gasped. “We should have a Kitchen Fest every year!”

I gasped. “That is the best idea ever!”

We fell deep into discussions of exactly what Kitchen Fest entailed and how to commemorate it.

“We could have t-shirts that said Kitchen Fest,” Kate said.

Kate was in favor of having our aprons read “Co-founder” in the event that Kitchen Fest eventually expands to include other participants. But I personally feel that this is against the spirit of Kitchen Fest. While we were negotiating this, Mark happened into the kitchen.

“Are you playing Kitchen Fest?” he asked.

And thus Kitchen Fest was born.

We have every intention of repeating it next summer. Currently on the slate for 2010 is canning, though that’s certainly not set in stone. Here’s what we made this year: 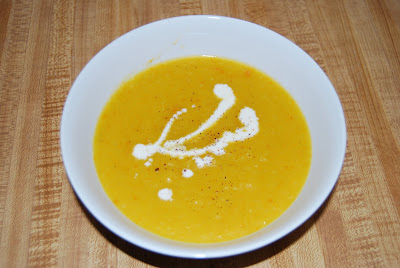 This recipe was already a big success for me on the home front, and in this wider showing it did not disappoint. Friends and family alike declared it delicious. If you use this recipe, I think it’s best to remove a few big spoonfuls of stock before pureeing, so you wind up with a nice, thick texture. Also the cream is, for me, not essential. 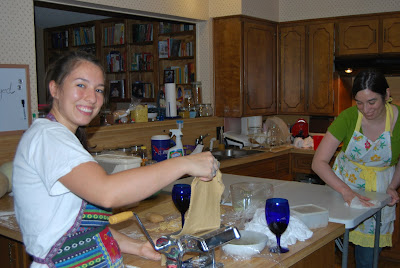 We added a bit of wheat flour to the dough, with ok results, I think. We used three fillings: Alton Brown’s meatloaf filling, a spinach ricotta filling, and a butternut squash and carmelized onion filling that was my personal favorite. 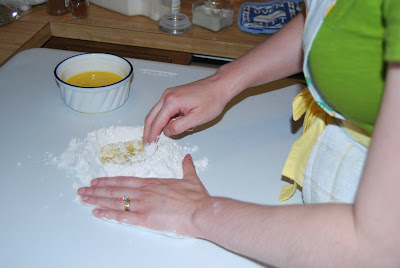 By the time we were done (and we did this a lot) we thought we had developed a good hand at making the dough reach the right consistency. I feel like I haven’t perfected ravioli yet, though… sounds like there’s more rolling in my future.
Red Sauce

Sorry, I don’t have a picture of this one. But let me just tell you that it was phenomenal. It totally overwhelmed the ravioli, but that was ok, because it was just… so… fantastic! It was perhaps a little too spicy; we didn’t have chili flake, so we used red pepper instead and cut back on the amount… but perhaps not enough. Red pepper is wonderfully healthy, though, so in the future I may try to just tone it down instead of going over to chili flake. 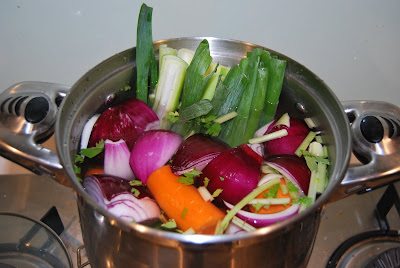 Yes, there’s a chicken somewhere in that pot. I feel almost certain of it. This was Kate’s recipe, so I don’t have a link, but basically it goes like this: Wash a chicken. Chop some veggies. Boil them for a long, long, long, long time.

We let it go five hours, and the flavor was pretty darn wonderful. Afterwards, Kate cut the flesh off the chicken to use for soup, and it too was just delish. 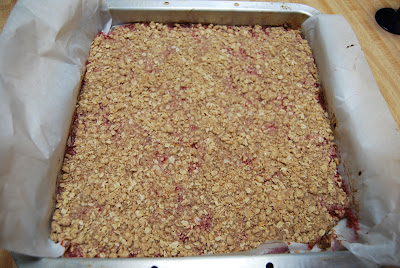 Don’t let the title fool you; these are dessert bars, plain and simple. They’re like brownies, but with fruit. Yum! Look in the lower right, and you’ll see the corner we sacrificed to immediate tasting. I’m looking forward to trying these with strawberries, or maybe blackberries. Although, to be clear, there was nothing wrong with the raspberry filling. It was positively delectable.

And there you have Kitchen Fest ’09. I’m willing to declare it a great success, because I had fun with my family and also learned a few things. As for Kitchen Fest 2010, well… does anyone know where I can get some custom aprons?